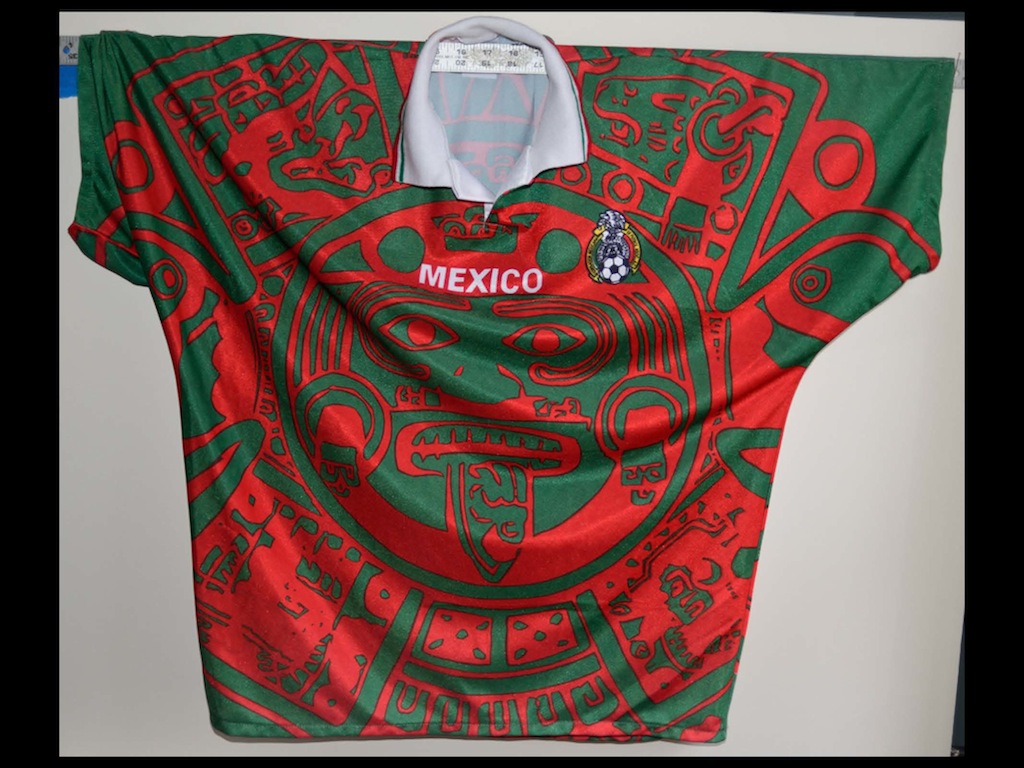 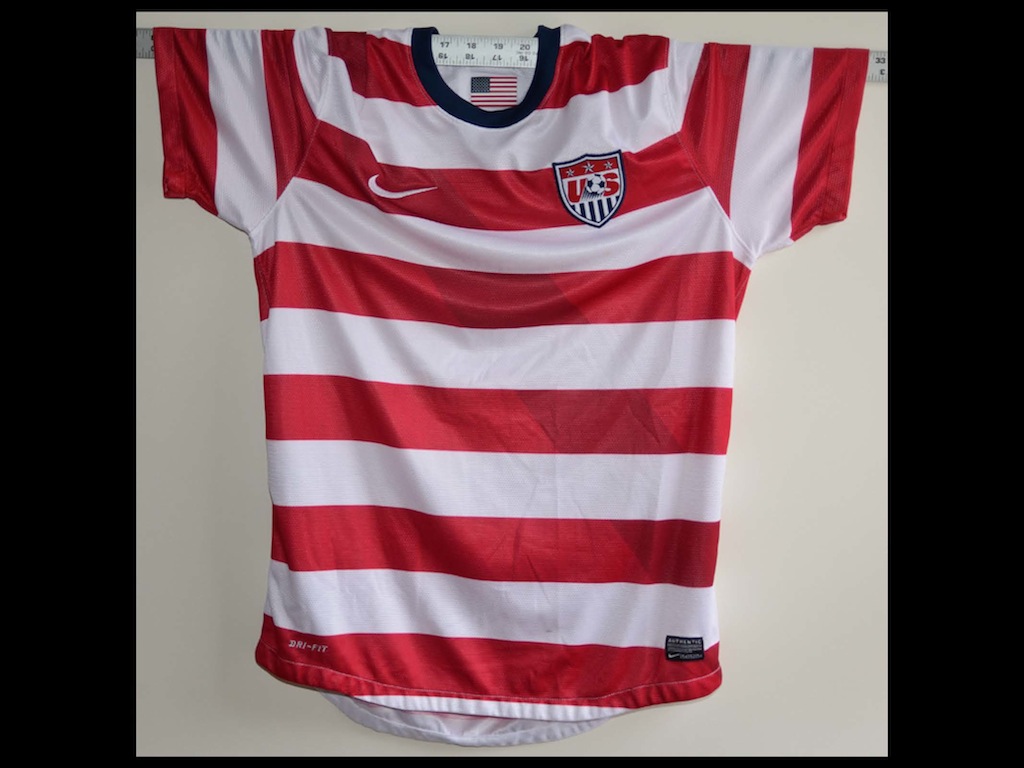 “Some people believe football is a matter of life and death; I am very disappointed with that attitude. I can assure you it is much, much more important than that.”

The Riverside Art Museum is proud to present, OBSESSION: The Stadium Photography and Soccer Shirt Collection of Jim Dow, a photography exhibition focused on facets of soccer/football culture through a documentary lens that includes stadiums, clubs, corner stores, and team jerseys from around the world. This exhibition coincides with the 2014 World Cup tournament and features a team shirt installation that responds to the evolving dynamic of teams competing in the World Cup throughout its duration.

Photographer Jim Dow reminisces on how this all began:

“In 1980 I travelled to London with my new bride, Jacquie, knowing that I would be spending hours being introduced over tea if I didn’t have a photography project as an excuse. Having watched Match of The Day on PBS I thought it might to fun to go and look at football grounds, perhaps as a way to get to know the great metropolis.

“Purely in the interest of research I bought a ticket to the season opening Charity Shield match at Wembley featuring King Kenny Dalglish and Liverpool vs. the soon-to-be-Sir Trevor Brooking and West Ham United.

“In order to gain entrance to the stadium one had to navigate Wembley Way, a half-mile trudge from the Tube amongst a Sargasso Sea of urine and empty beer cans accompanied by a mixture of Scousers and professional Cockneys, singing taunting tribal songs that generally deprecated every aspect of the other side.

“Hygiene aside, I was completely hooked and I began to photograph football grounds the following week. Since then I have attended games, taken pictures and purchased football shirts in Argentina, England, Mexico, Scotland, the United States and Uruguay. I am a seventeen-year season ticket holder to the New England Revolution, my club, along with West Ham United, Boca Juniors and Cruz Azul.

“The game, its history, the atmosphere in and around the stadium and every other thing about football fascinates me and always will.”

Dow’s interest in those places where people enact their everyday rituals, from the barbershop to the football ground, has guided the path of his photographic career. Dow is concerned with capturing “human ingenuity and spirit” in endangered regional traditions—a barbershop with a heavy patina of town life covering the walls, the opulent time capsule of an old private New York club, the densely packed display of smoking pipes in an English tobacconist shop—all artifacts of a vanishing era.

“My interest in photography centers on its capacity for exact description,” says Dow. “I use photography to try to record the manifestations of human ingenuity and spirit still remaining in our country’s everyday landscape.”

Obsessive by nature, he was once praised as “dumb, in the honorific sense of the word,” a reference to the passion he has for the subjects of his photographs to the exclusion of an apparent style.

Dow earned a B.F.A. and a M.F.A. in graphic design and photography from the Rhode Island School of Design in 1965 and 1968 respectively. An early influence was Walker Evans’s seminal book American Photographs (1938). Dow recalls the appeal of Evans’s “razor sharp, infinitely detailed, small images of town architecture and people. What stood out was a palpable feeling of loss…pictures that seemingly read like paragraphs, even chapters in one long, complex, rich narrative.” Soon after graduate school Dow had the opportunity to work with Evans. He was hired to print his mentor’s photographs for a 1972 Museum of Modern Art retrospective.

Dow has taught photography at Duke University, Harvard, Tufts University and the School of the Museum of Fine Arts, Boston, and his work has been widely exhibited. Among his series is Corner Shops of Britain (1995), which features facades of small family-run businesses: vitrine-like shop windows showcase goods from candy jars to jellied eels. Another series, “Time Passing” (1984-2004), captures North Dakota “folk art” such as rural road signage, hand-painted billboards, and ornate gravestones.

Dow first gained attention for his panoramic triptychs of baseball stadiums, a project that began with an image he made of Veteran’s Stadium in Philadelphia in 1980. Using an 8″ x 10″ camera, he has documented more than two hundred major and minor league parks in the United States and Canada, as well as soccer stadiums (his true love) in Argentina, England, Mexico, Scotland, the United States and Uruguay.