Part of Pacific Standard Time: LA/LA, an initiative of the Getty with arts institutions across Southern California. 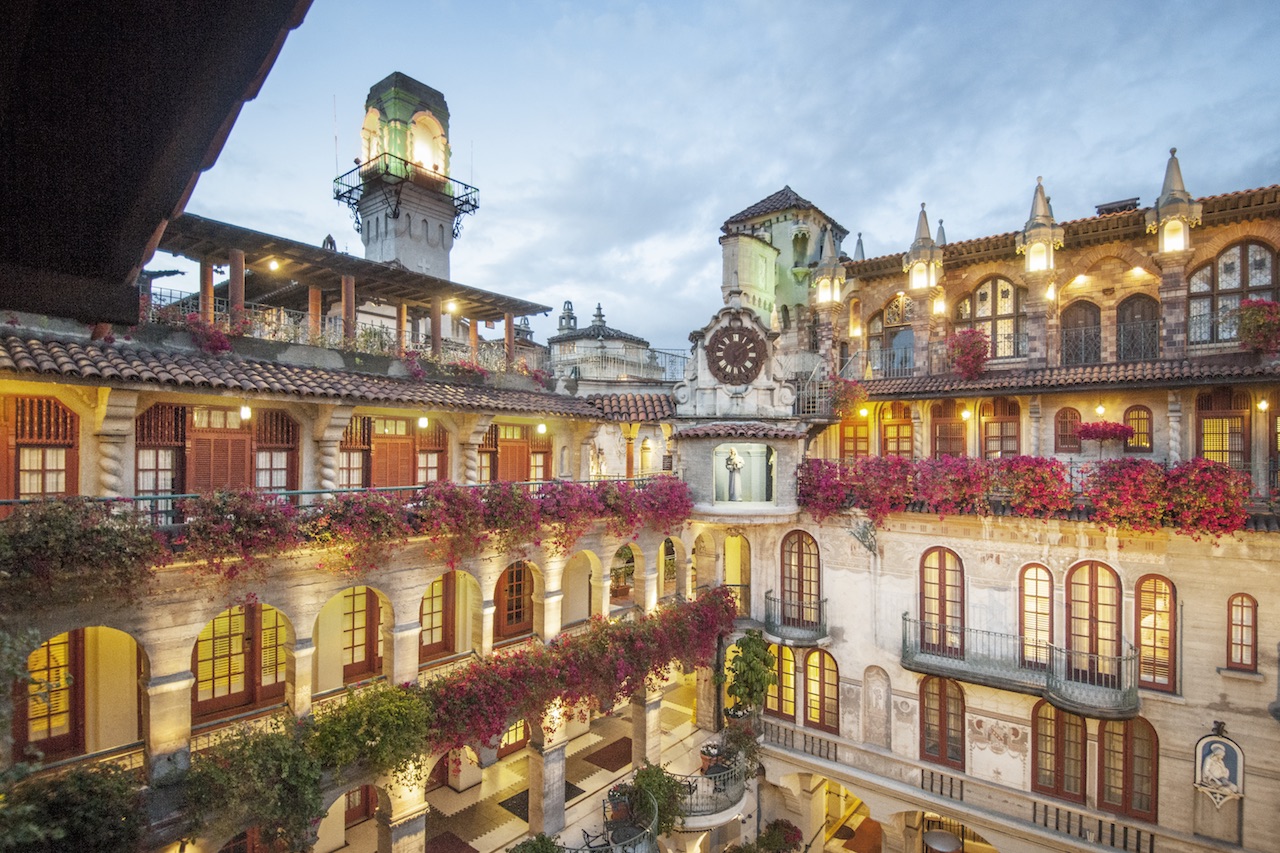 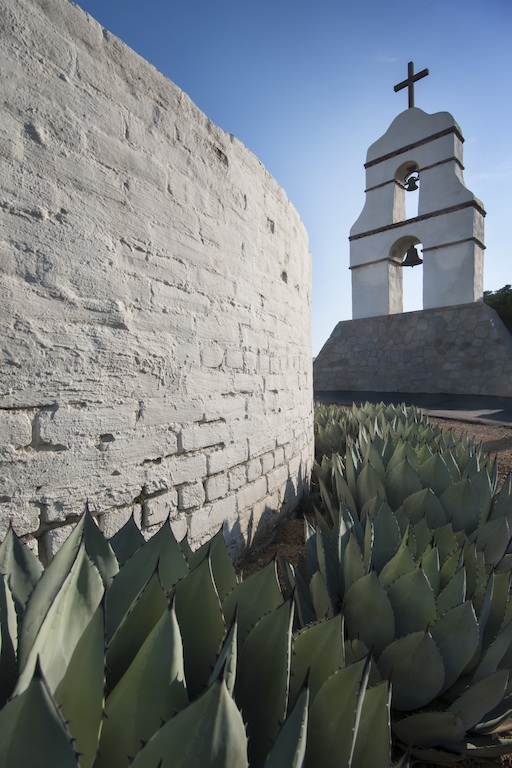 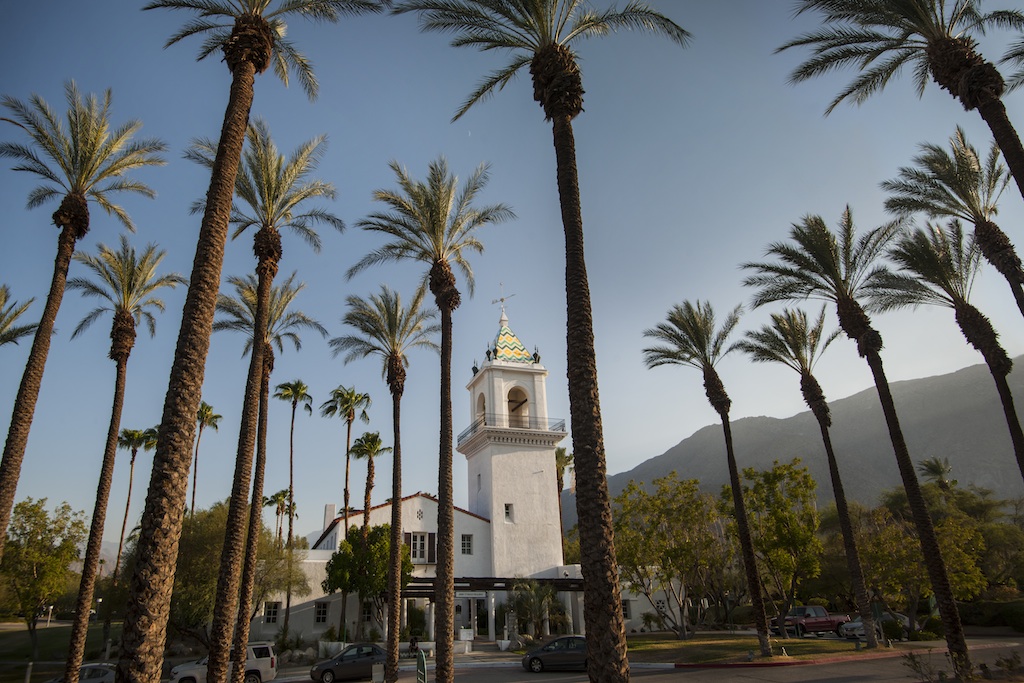 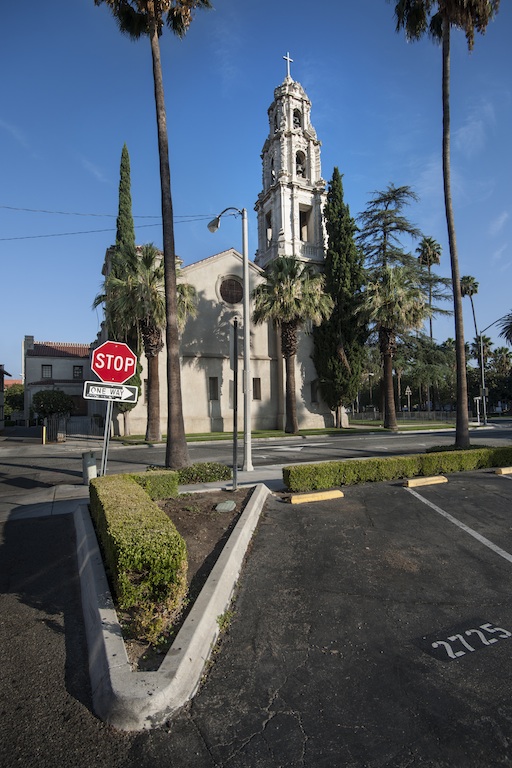 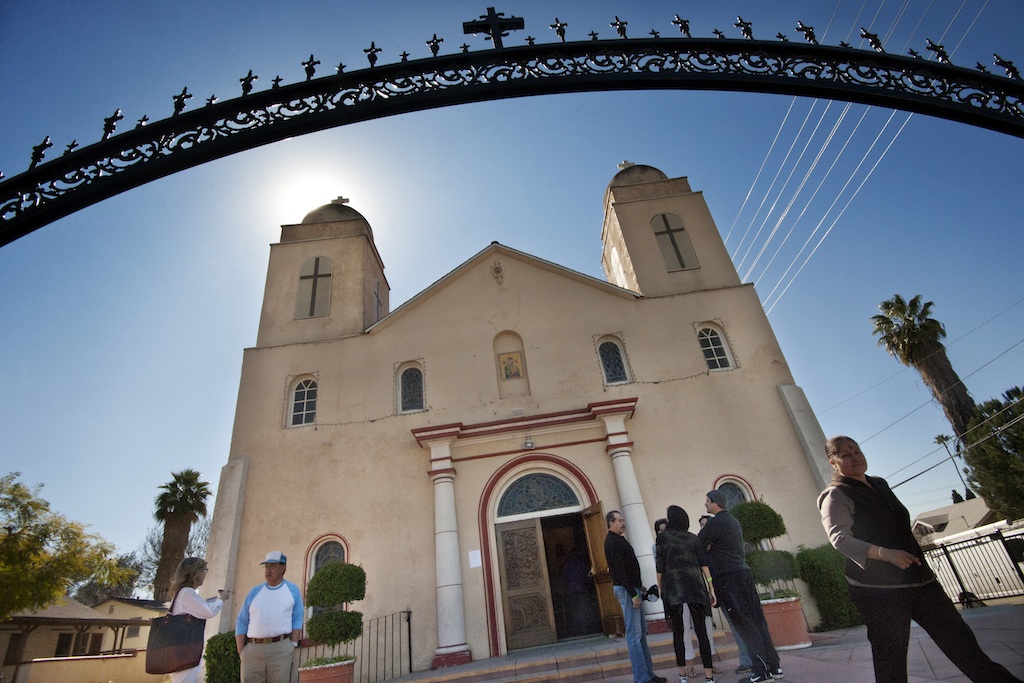 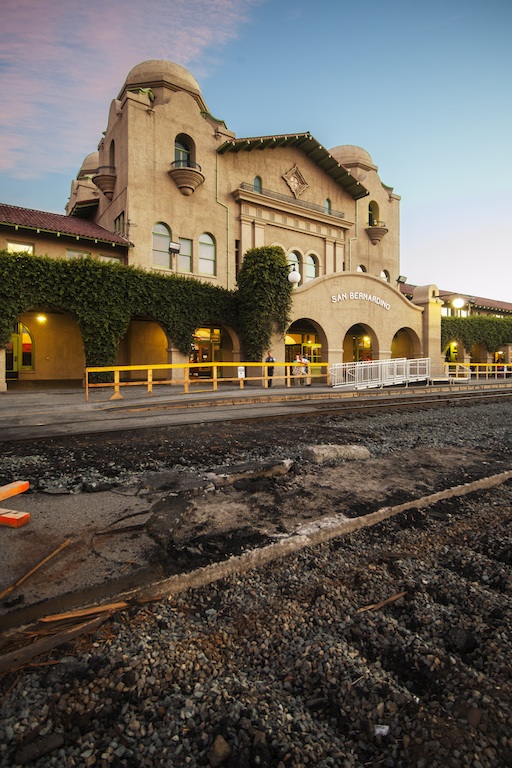 The Spanish Colonial Revival has been part of the aesthetic fabric of Southern California for 100 years. While claiming ties to Colonial Spain and Mexico via their cultural and design traditions, the style was based largely on myth and invention. Influenced by such diverse sources as the 1915 Panama-California Exposition and the popular Ramona novel and pageants, Californian architects and designers adapted Spanish Colonial, Mission, ecclesiastical, and native elements to create romanticized perceptions of California for a burgeoning tourism industry.

Myth & Mirage tours us through the Inland Southern California SCR landscape with its rich stylistic details and exoticized architectural forms, and how mythmakers from the 1880s through the 1930s fabricated a marketable past that was European and civilized to sell the mirage of wealth and paradise to Anglo settlers. The exhibit considers how the role of ethnic Mexicans in SCR architecture has been largely omitted from the historical record, despite the integral part their labor and production of building materials were to the architectural history of the Inland Empire and Southern California. Myth & Mirage also takes into account the implications of the “refried” SCR of the postmodern era.

The Riverside Art Museum will present the first survey of the Spanish Colonial Revival style in the architecture and the decorative arts of the Inland Empire, where this style flourished. Landmarks such as Myron Hunt’s First Congregational Church of Riverside (1912–1914) and the historic Mission Inn Hotel are spectacular amalgamations of the historic and the imagined. The exhibition will use architectural and archival materials, decorative arts, paintings, and photographs to explore the style’s origins and continuing popularity.

Myth & Mirage is part of Pacific Standard Time: LA/LA, a far-reaching and ambitious exploration of Latin American and Latino art in dialogue with Los Angeles, taking place from September 2017 through January 2018 at more than 70 cultural institutions across Southern California. The presenting sponsor is Bank of America. Major support for this exhibition and publication is provided through grants from the Getty Foundation.

*This two-gallery exhibition will be up in its entirety through January 21, after which one gallery will close to facilitate a smooth deinstall/install for our Winter 2018 exhibitions. The remaining gallery will remain open until end-of-day, January 28.

Join us for the Opening Reception for RAM’s PST: LA/LA exhibit, Myth & Mirage. This reception is organized in conjunction with UCR ARTSblock as they simultaneously celebrate the opening of their PST: LA/LA show, Mundos Alternos.

Explore the exhibitions, Mundos Alternos (UCR ARTSblock) and Myth & Mirage (RAM). Participants will be guided through a docent-led walking tour of the exhibitions, including an excursion downtown to see its Spanish Colonial Revival (SCR) architecture.*

RESERVE YOUR SPACE at www.artsblock.ucr.edu/Program/pst_lala_walkingtour.AFTER THE TOUR: Receive 10% your total bill (including alcohol) with a coupon for Heroes Restaurant & Brewery. Participants must attend the full tour to receive discount coupon. Coupon deal is non-transferable and expires February 4, 2018. *Walking distance between UCR ARTSblock and RAM is 0.3 miles (approx. 7-minute walk).**Same itinerary both dates.Inland Cities Regional Weekend

For info on what other participating PST: LA/LA museums out here in the Inland Cities of Claremont, Pomona, (Riverside!), and Palm Springs are doing during our regional weekend and beyond, like us on Facebook: www.facebook.com/PSTLALAEAST to learn more about our exhibits and all the exhibit-related programming we collectively have as part of PST: LA/LA. Below are RAM’s regional weekend events.

Join artist Douglas McCulloh on a SCR photo safari across downtown Riverside. It will begin with a fast-moving powerpoint overview at RAM outlining conceptual approaches and general tactics. Then McCulloh will lead a tour with sites ranging from “SCR Old School Classics” to “SCR Mutant Offspring”. Please bring your own camera!

Join a team of Mission model makers to build one or several Mission mega-models over the course of one frenzied day at RAM. Learn more about the impact of missions on the lives of missionaries and native peoples. All ages welcome.

What Am I Looking At? Decoding Elements of SCR Architecture

Join local historian Walter Parks for this introductory lecture on the basic elements of SCR architecture and its historical influences.

Join historians Dr. Vincent Moses and Cate Whitmore to learn more about how Riverside took a prominent role in advancing the creation and rise of the Spanish Colonial Revival as regional architecture, as seen through two phases, Mission Revival and Mediterranean Revival. After the lecture, join Vince and Cate for a tour of notable Spanish Colonial buildings in downtown Riverside.

Curator Lindsey Rossi will discuss notable, regional collections of Spanish Colonial decorative arts and material culture, as well as highlight decorative collecting trends among some of the earlier, prominent Riverside families. The role of the Mission Inn will also be discussed. After the talk, Lindsey will be available to answer questions about your antiques.

We are sorry to inform you that the Collectors Seminar is cancelled due to the curator’s illness. We apologize for any inconvenience and we hope to reschedule this seminar for a future date. Please stop by the museum on Saturday, November 18, for a full day of Myth & Mirage programming. Thank you.

The Riverside Artswalk is a monthly community event that celebrates the diversity of arts and culture at over 22 downtown locations. Join us at RAM for a fun, free evening. For monthly programming details, check us out on Facebook and our website! October – December, we’ll have special Myth & Mirage art activities and tours!