Exhibits Washes and Ink: The Life and Art of Don O’Neill

The first Don O’Neill retrospective exhibition to take place at an art institution since O’Neill’s passing in 2007, Washes and Layers captures the legacy of a local master of watercolor. Born in Buffalo, New York in 1924, O’Neill moved to Riverside in the late 1960s after the completion of his Bachelor of Architecture and Fine Arts degree. An architect by profession, O’Neill worked freelance throughout much of his life and completed architectural work for Riverside Community College, amongst myriad other local sites. Architecture was often the focus of O’Neill’s paintings and it never ceased to function as an evident driving force in his artwork and travels.

Washes and Layers features 23 original watercolors from seven local collectors. Riverside artist Joanna Mersereau is among the collectors and was a long-time traveling partner of O’Neill’s, as well as a former wife. Other collectors include Security Bank of California, City National Bank, and Provident Bank, for whom O’Neill often executed commissioned works. O’Neill’s oeuvre was broad; though he focused on architecture and landscape paintings, he also completed still lifes, sports paintings, and even portraits on rare occasions. A pupil of eminent local watercolorist Milford Zornes, O’Neill worked in the California Style of watercolor painting that Zornes made popular in the 1920s. The California Style movement, which first gained notoriety because of its economic practicality, often consisted of painting directly over pencil lines, the use of broad, transparent washes, and allowing the white of the paper to show through to define shapes within one’s work.

Travel remained a constant throughout much of O’Neill’s life and, aside from his art, remained his true passion. He spent a large amount of time, from approximately the 1970s until 1993, working in Mexico and Guatemala. There, alongside Mersereau, he principally painted historic buildings, most notably missions and cathedrals. When not in Mexico or California, O’Neill traveled to Greece, Italy, Portugal, and Spain to produce new work. O’Neill also ventured on art escapades with Zornes to Cuba and Ireland, the home of his ancestors. Washes and Layers highlights many of O’Neill’s international works, alongside some of his well-known works of historic downtown Riverside. 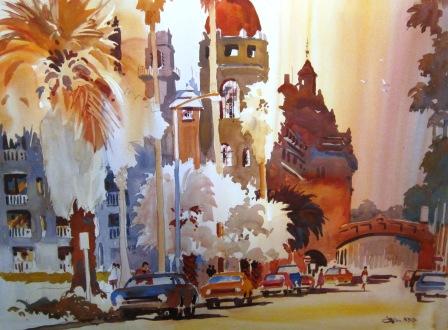 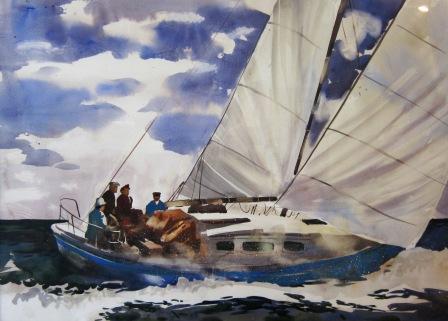 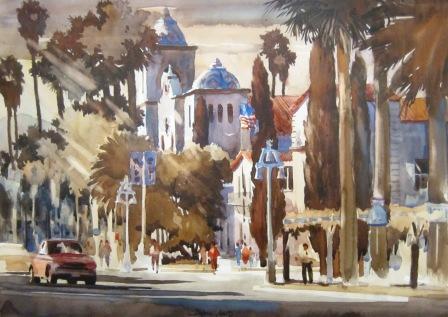 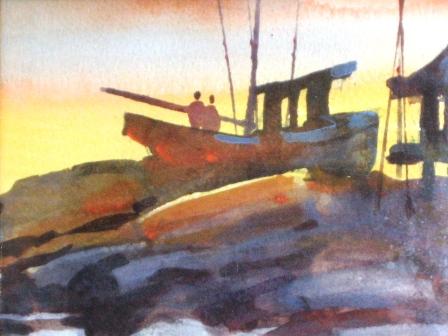 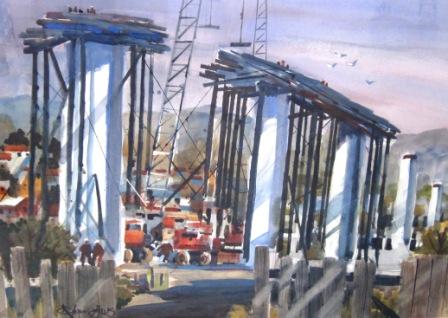