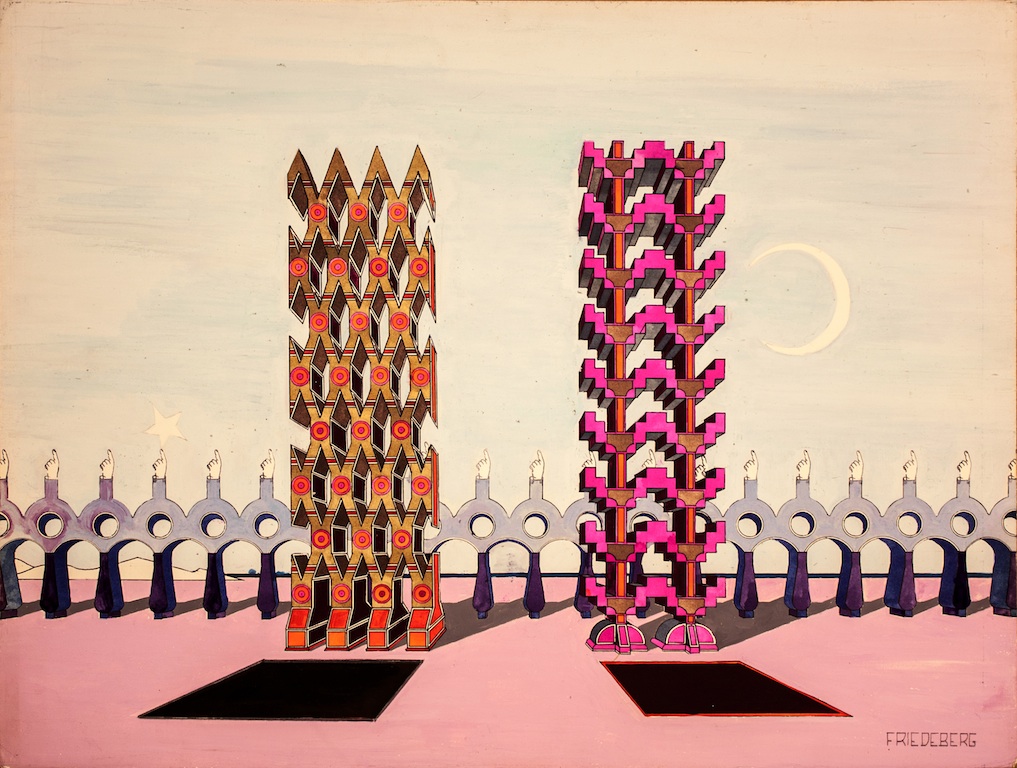 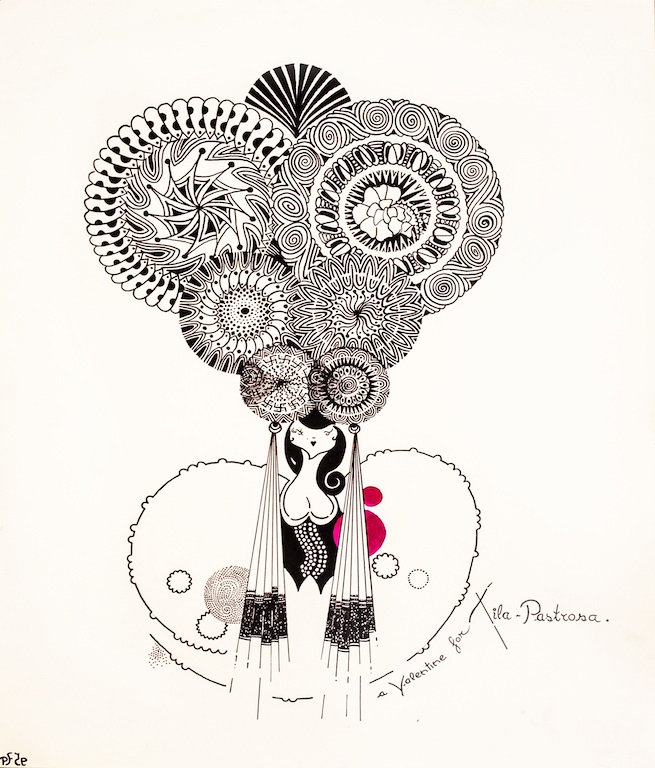 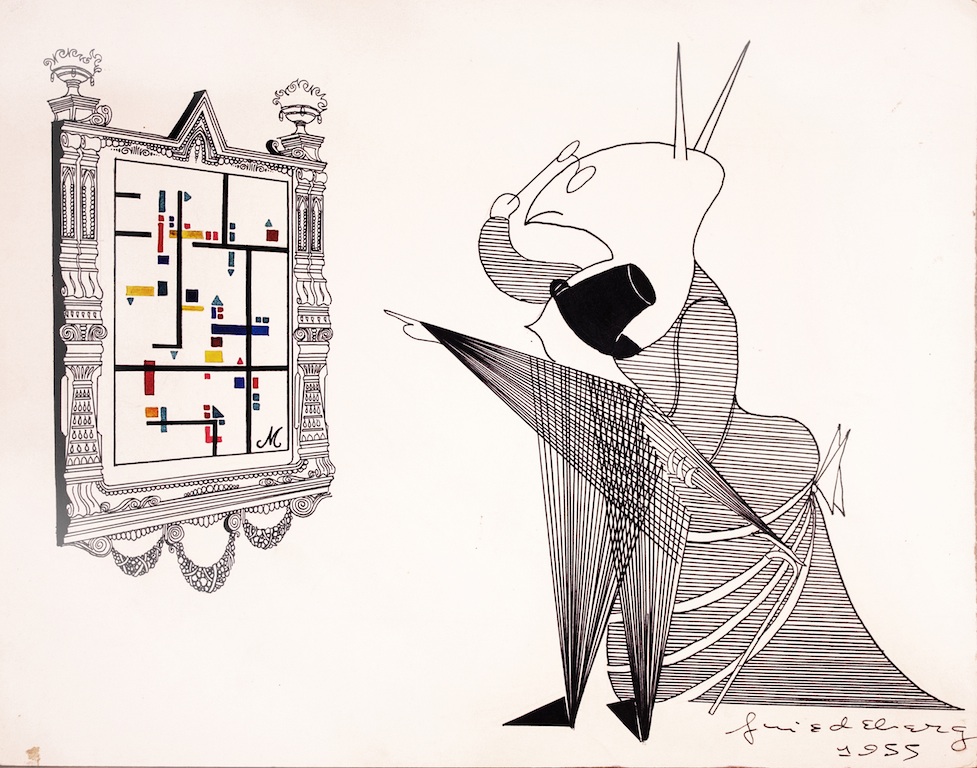 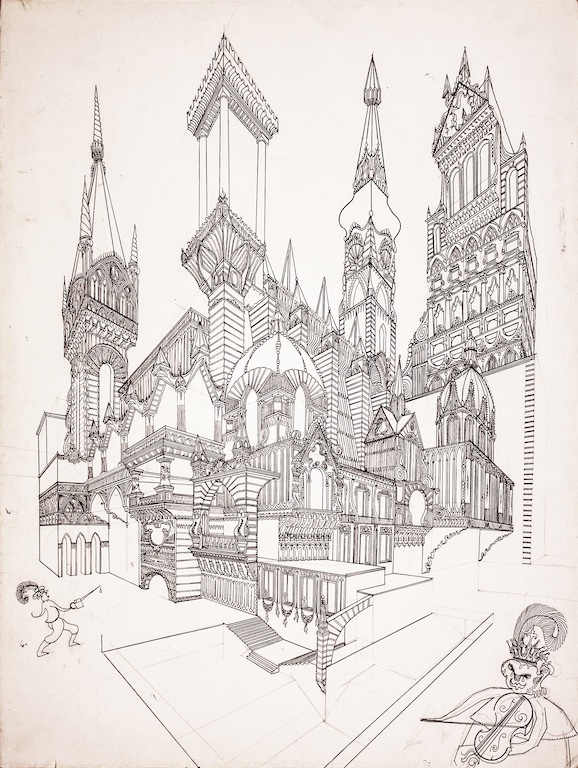 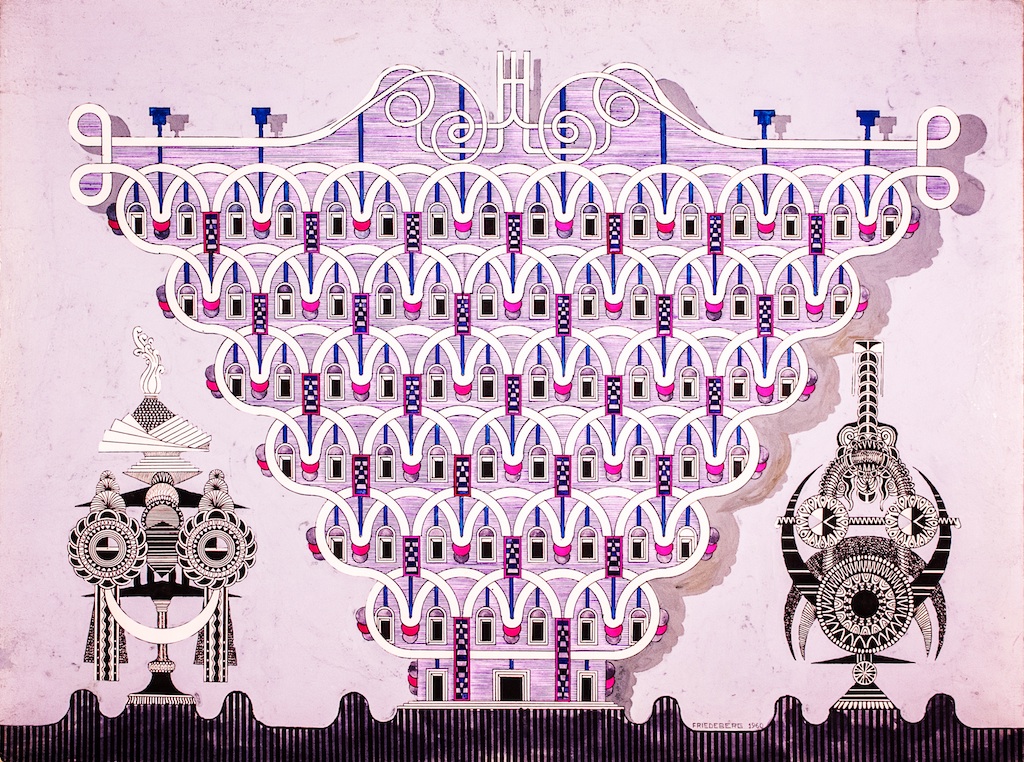 I get up at the crack of noon and, after watering my pirañas, I breakfast off things Corinthian. Later in the day I partake in an Ionic lunch followed by a Doric nap. On Tuesdays I sketch a volute or two, and perhaps a pediment, if the mood overtakes me. Wednesday I have set aside for anti-meditation. On Thursdays I usually relax whereas on Friday I write autobiographies.”

Pedro Friedeberg (1936-) is one of the most prominent artists working today in Mexico and widely considered the last living surrealist in the country. His artwork is irreverent, humorous, and colorful, an imaginary space of ornate architecture and extraordinary anthropomorphic animals. Impossible Worlds: The Early Works of Pedro Friedeberg explores the fanciful, imaginative, and humorous drawings created by this prominent Mexican artist in the early phase of his career (1953-1960). The exhibition features approximately 40 works on paper, rare images that have not been previously exhibited. Impossible Worlds provides new insights into the development of Friedeberg’s unique vision, equally inspired by Surrealism, Mexican culture, and an eclectic blend of European history and myth.

Join internationally-acclaimed artist Pedro Friedeberg in conversation with curator Terri Geis regarding his early work, which is the subject of Impossible Worlds: The Early Works of Pedro Friedeberg, currently on exhibit at the Riverside Art Museum. UCR’s Aleca Le Blanc will moderate.

Click here to reserve your seat for Pedro’s visit!