In conjunction with the Association of African American Museums Conference in Riverside, CA 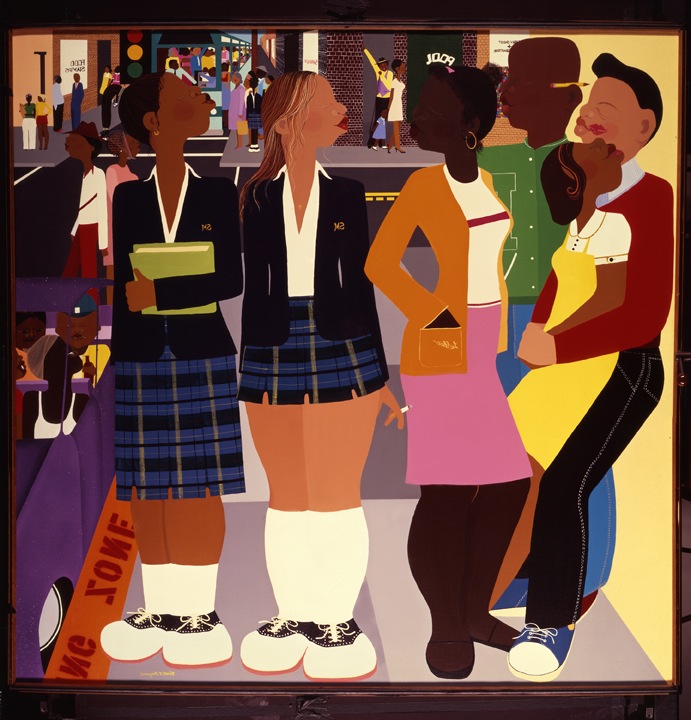 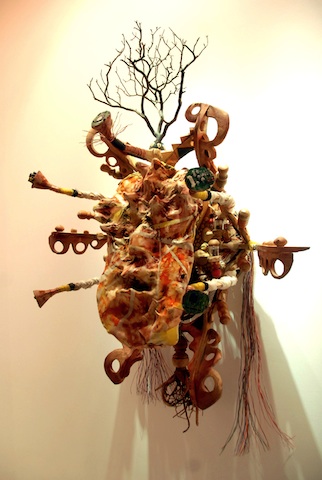 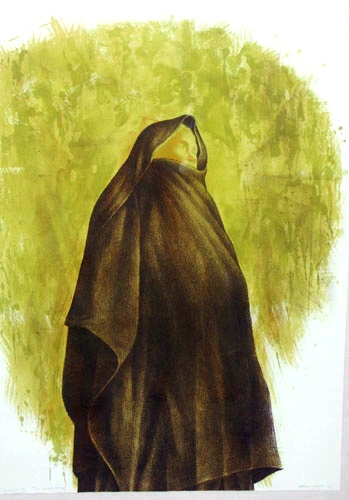 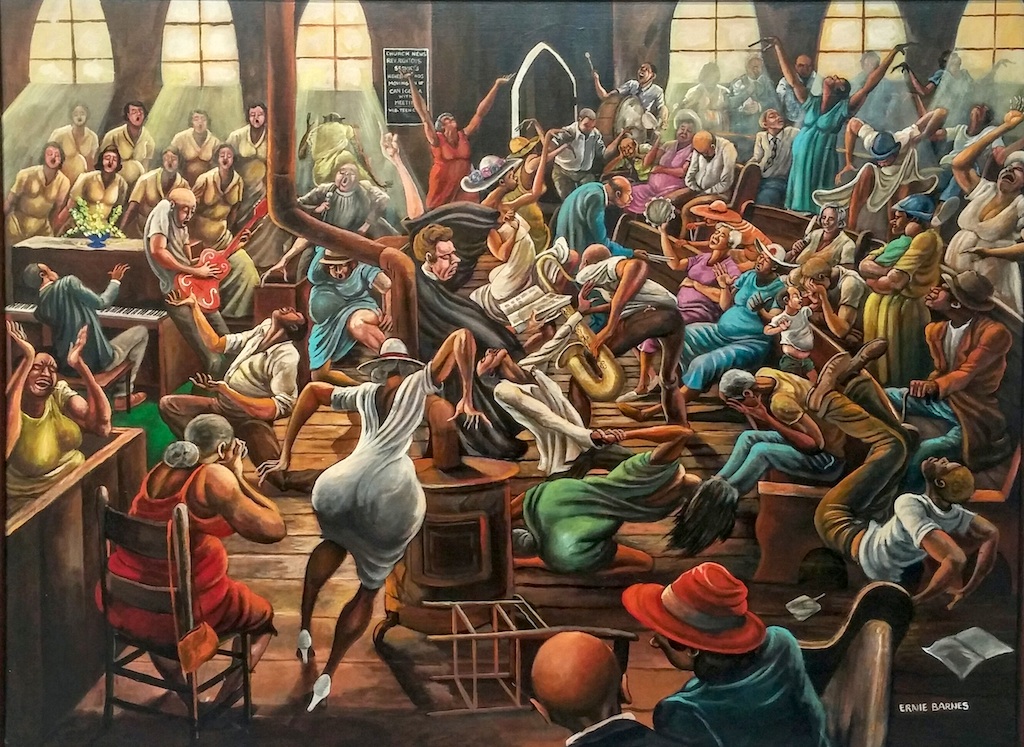 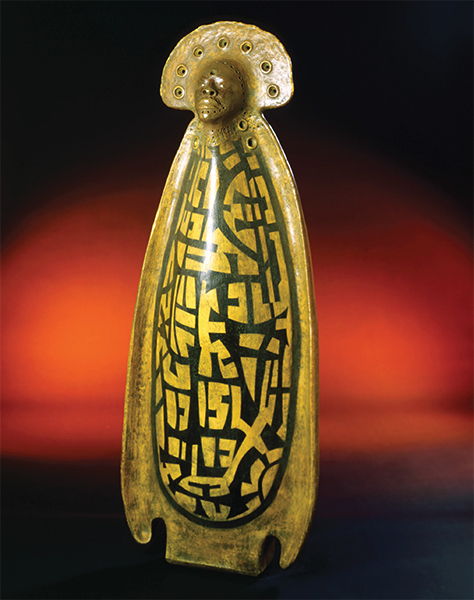 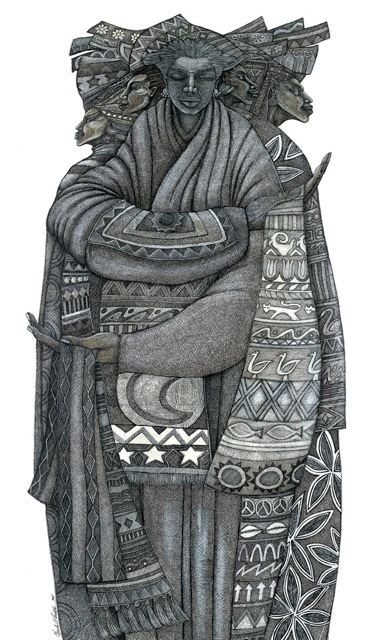 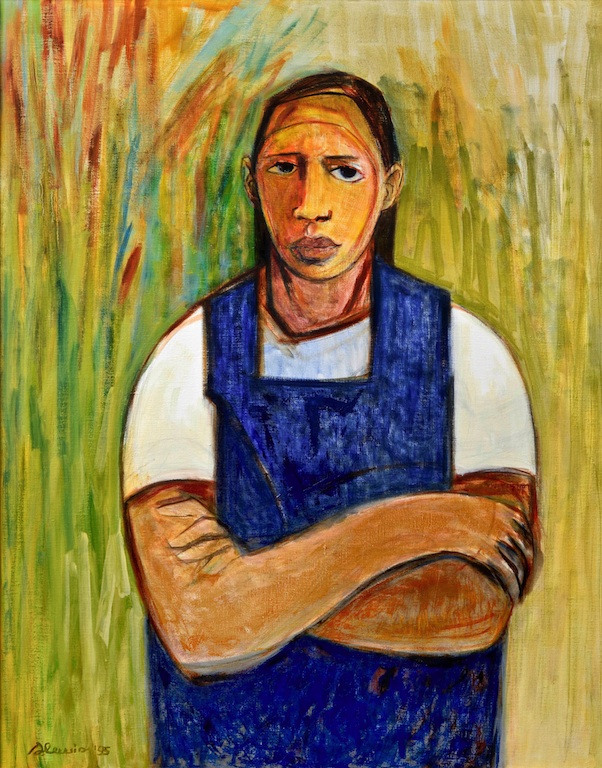 Visual Voice covers Southern California Black artists’ ascent to the mainstream. Beginning with the Black art scene in LA in the ’80s and ’90s, Visual Voicewill be composed of two segments: Influential Masters and Independent Trendsetters. This exhibit will shed light on the continuity from Masters to Trendsetters as they set a national trend towards self-validation and reshaped how artists worked, exhibited, traded, and collaborated. Not waiting for the world to catch up, these artists began manufacturing, publishing, and distributing masterful works of art using modern media and business practices.

“Working as an independent visual artist,” says co-curator Charles Bibbs, “I saw this exhibition as an opportunity to tell the stories of other artists who achieved their individual goals to become successful, regardless of the odds against them, and give voice to the silent majority of artists who achieved when others said they didn’t have the qualifications or standards of education to qualify as being a ‘successful’ visual artist.”

“The Riverside Art Museum has been instrumental in bringing this exhibition to fruition,” says Bibbs, “and Bernard (Hoyes) worked tireless with them to present an artistic showcase deserving of national recognition. We thank and praise the leadership and staff at RAM for their vision, foresight, and assistance.”

June 23, July 21, August 11: Please join artist/co-curator Bernard Stanley Hoyes for curatorial tours of Visual Voice at 6:30 p.m. on June 23, July 21, and August 11. Be sure to come out a little early on these evenings as we will also be holding Tastings starting at 5 p.m. For more information on the tastings, click here. Both the Tastings and the Tours are free with admission or membership.

June 25, July 9, July 30, August 13: Join Bernard Stanley Hoyes from 12 noon – 3 p.m. to learn how to etch using salt water and electricity. Etched zinc plates will then be used for printmaking. Free with admission or membership.

August 4: Join us at 6:30 p.m. for the Validation and Value Panel that will focus on how the various aspects of validation—self, academic, social, or systematic—translate to an artist’s value. Panelists will discuss how that value can be maintained and developed through placement, collecting, and archiving, as well as some of the other means available. Panelists currently include: Barb Houser, Kayren Lyle, Eric Hanks, Charmaine Jefferson, Mark Steven Greenfield, Anthony Silva, Berlinda Fontenot, Charles Bibbs, and Bernard Stanley Hoyes. Additional panelists will be added as they confirm participation.

“One main aspect of a self-validating artist is the satisfaction of achieving a level of independence as it relates to being economically self supporting. We will discuss some of the requirements in becoming a successful artist outside of the institutional validation system. Currently, there are thousands of visual artists making well over $100k/year under the radar of the system. Many of these artists have achieved this with minimum to no structured education or mentoring. This panel will be geared to cover these realities.”

September 2: Join guest curatorial assistant Lisa Henry and iconic sculptor and Visual Voice artist Charles Dickson for a discussion of Dickson’s work and the history of the Watts Towers Art Center during our Artist Dialogue with Charles Dickson and Lisa Henry from 2 p.m. – 3:30 p.m. Free with paid admission or membership.

“Working as an independent visual artist, I saw this exhibition as an opportunity to tell the stories of other artists who achieved their individual goals to become successful, regardless of the odds against them, and give voice to the silent majority of artists who achieved when others said they didn’t have the qualifications or standards of education to qualify as being a successful visual artist.

“I spent 25 years in my original work career in corporate America, developing my leadership and artistic skills. It taught me that opportunities are few and to be successful, you must act on them aggressively when the opportunity presents itself. Visual Voice was one of those opportunities; an opportunity for artists to tell the stories of how they became successful despite the odds.

“When I learned that Riverside, CA, had been selected as the site of the 2016 Association of African American Museums (AAAM) Conference, I immediately saw that as an opportunity to present our story to an audience of art and history museum professionals from all over the United States. Next, I enlisted my friend and fellow artist Bernard Stanley Hoyes to co-curate an exhibition of historical proportions in the Inland Empire. Bernard has proven to be the right man for the job.

“After we determined the goals and objectives of this project, Bernard took the initiative to move forward and make things happen, deciding to include artists who helped inspire this movement, as well as artists who were most influential in the Self-Validating movement. Composed of two segments, Influential Masters and Independent Trendsetters, Visual Voice provides a historical overview of the African American art movement from the 1920s to the present. While this show presents Self-Validating artists based in Southern California, it must be noted that this trend occurred in cities across the United States and affected a wide variety of artists nationwide.

“The Riverside Art Museum (RAM) has been instrumental in bringing this exhibition to fruition and Bernard worked tirelessly with them to present an artistic showcase deserving of national recognition. We thank and praise the leadership and staff at RAM for their vision, foresight, and assistance. We are also very pleased to be hosting a special reception for the attendees of the AAAM conference in August, providing a rare opportunity to expose them to the creativity and achievements of this special group of artists all in one location.

“Since my retirement from corporate America, I have endured a few setbacks in my artistic career, but have also enjoyed many successes as a professional, self-validated visual artist. My past achievements confirm my belief in the important messages in Visual Voice. The self-validation process is a product of the struggles for recognition of the 1980s and 1990s. Coming out of the ‘90s into the beginning of the 21st century, we learned to finally, professionally and socially, validate our artistic careers and we are now ready to share it with all who want to hear and see our accomplishments. I hope you enjoy and appreciate our efforts.”

“Visual Voice tells the story of Southern California African-American artists working in the ‘80s and ‘90s. Their evolution from the margin of American art to the mainstream is documented. This exhibition bears witness to the continuity of the artistic legacy of the Masters, who laid the groundwork, to the artists who took advantage of that foundation though Self-Validation.

“This progression gave rise to rewards and recognition for a multitude of artists. The Trendsetters are presented here. The methods and means they used to achieve acceptance on thenational scene are demonstrated through their use of contemporary mediums and media.

“My artistic concerns have been with spiritual testimony. Using contemporary expressions has been the driving force in establishing Visual Voice; speaking, calling to our inner spirit, beckoning into worlds and regions sacred and sanctified in search of the life force that will guide me.

“This exhibition is sure to elevate and inspire the way we view and experience art in the future.”

Hoyes currently lives in Palm Springs, California. His career began at an early age in Kingston, Jamaica. He began early, studying at the Institute of Jamaica, Junior Art Center. At fifteen, he moved to New York City to continue his academic and artistic endeavors. Classes at the Art Students League introduced him to the art scene in N.Y.C. He furthered his studies at Vermont Academy, in Saxton River, VT. In 1974, he received a B.F.A. in Painting from California College of Arts and Crafts in Oakland.

During the ‘70s he worked intensively on his “Rag Series”, which symbolized, documented, and prophesied his journey from a struggling artist to one of prominence. In the early ‘80s, he began works that recalled his Afro-Caribbean roots, specifically the rituals of African Spirituality and Christianity since the Middle Passage. In this body of work, there is a heavy emphasis on the roles and power of woman, especially in the realms of music, dance, and magic.

Hoyes has participated in numerous solo exhibitions here and abroad. He has created murals in the inner city of Los Angeles, CA. He has curated exhibitions and held a position on the board at the Museum of African American Art in Los Angeles and won awards of Excellence for his famous “Revival Series,” nationally and internationally. His works have been featured in numerous television and film productions, and collected internationally. In 1997, he mounted a 25-year review at the Museum of African American Art and the Los Angeles Watts Towers Exhibition Center. He founded Caribbean Arts, Inc., in 1982 to publish and distribute his Fine Art prints.

Still acting on the creative impulse, he has a sculpture garden in progress on a three-acre mesa in Desert Hot Springs, CA. Hoyes has developed a non-toxic etching process using an Electrolyte process and has pulled a collection of etchings since 1996. In the summer of 2006, he introduced Kensington Press Revival to the Arts community in Kingston, Jamaica. An Atelier for Printmaking that shares Electrolyte etching with local artists, Hoyes held a 25-year review of the Revival Series entitled ”Lamentation and Celebrations” at the Loves Jazz and Art Center in Omaha, NE. In 2007, his sojourn to China to live and work with Stonemasons to create the Blue Fin Tuna Commission is well documented. In 2009, he completed a three-city Exhibition Tour of Europe that included an Artist residency in Amsterdam, Netherlands.

In 2012, “Se7en Paintings, a Story in Performance”, was staged. Choreographed dance, music, theatre, video, and visual arts, each riffing on the other, weave together a tale rooted in Jamaica’s spiritual traditions. Seven of Hoyes’ iconic paintings came to life on the Ford Theatre Stage in Los Angeles.

From 1969 to 1993, while perfecting his skills as a visual artist, Charles worked full time in corporate America. In 1985, Charles started and opened his first business, B Graphics and Fine Arts Inc. (now Studio B Art Publishing and Distribution). He left his corporate job in 1993 so he could expand his business into a national art publishing and distribution company. Charles also started other art businesses to further his influence in a fast moving African American art print market. Art 2000 Visual Artists Association (a 501(c)(3) non-profit organization), Black Art On Tour (an art touring company), Images Magazine (an art business magazine), and The Inland Empire Music and Arts Foundation (concert planning and promotion) all came under the B Graphics umbrella.

In his 35-year art career, Charles has received over 100 recognitions and awards for his art and philanthropic spirit, including the “Keys to The City” awards in seven major cities across the U.S. He has also served on several boards of museums, art galleries, and worked on many fundraising art projects for local and national organizations, such as the Association for the Study of African American Life & History (ASALH), NAACP, Links, Jack and Jill, African-American fraternities and sororities, and many more. His artworks have also been featured in films, such as the “The Secret Life of Bees”, on numerous television shows, books, and CD covers. Charles has also been the featured artist at over 50 major music festivals across the U.S.

Today, Charles is serving as the permanent “Artist in Residence” for ASALH. He also served on the 2015 ASALH Centennial National Honorary Committee and received their 2016 prestigious “Living Legacy Award”. Charles believes that his life’s obligation is to use his talents to serve his community and make a difference.