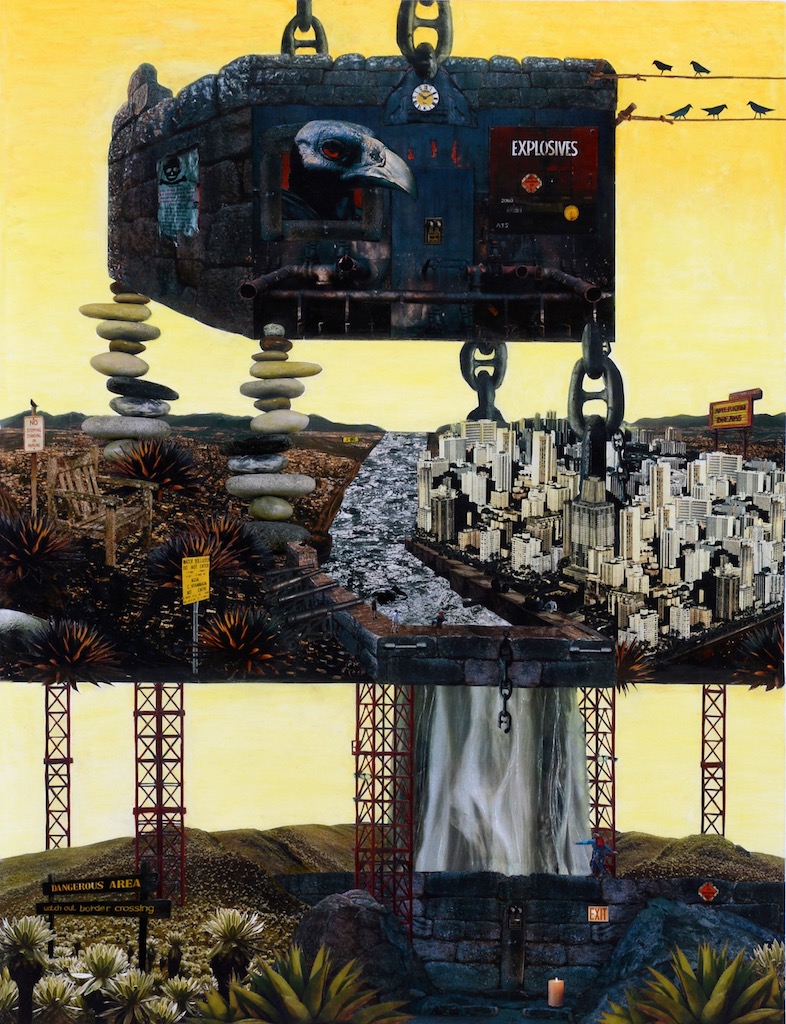 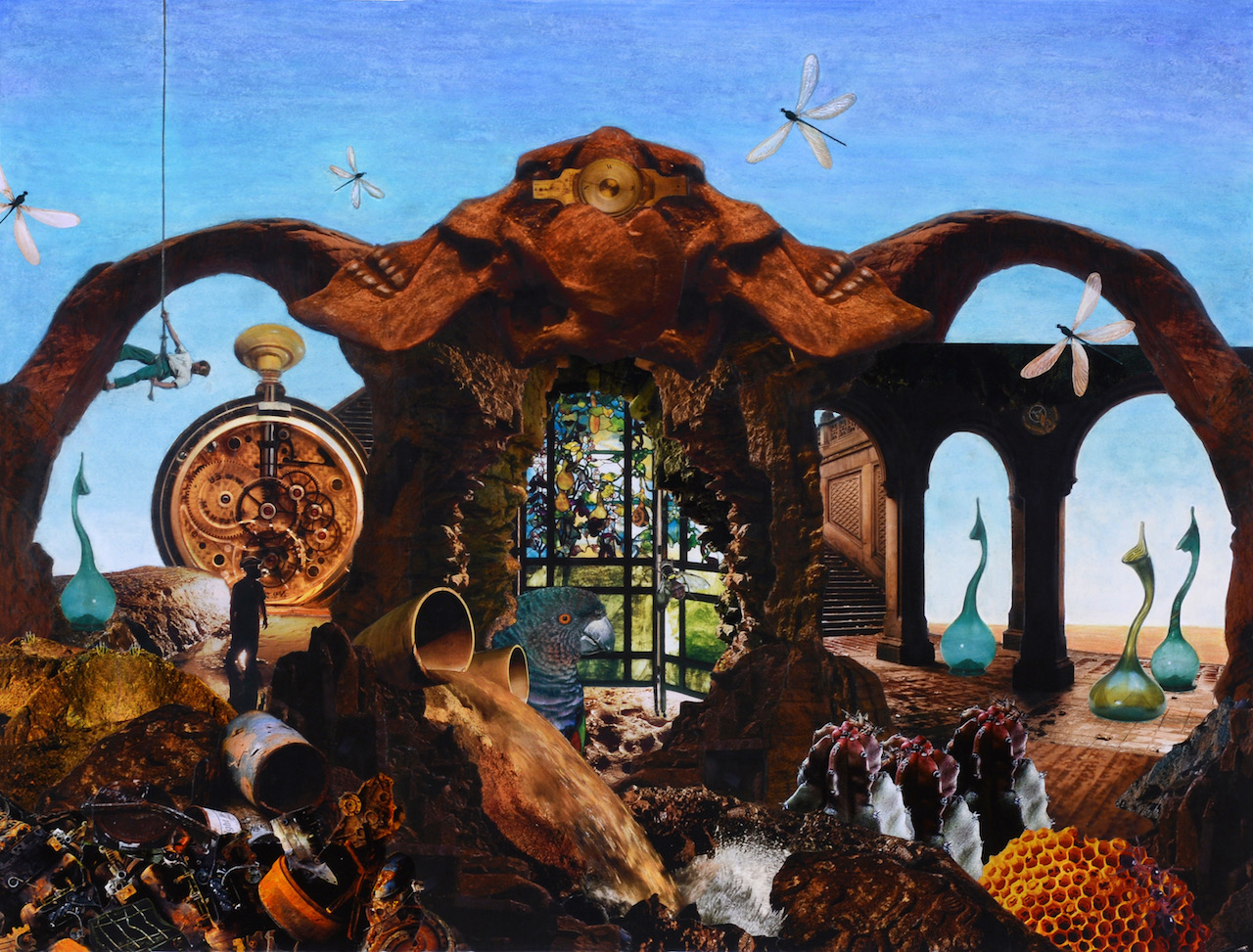 In her exhibition Layered Views 2004 – 2018, Anita Silvestri has created strange new worlds of deeply structured collages. Fantastical images of vivid skies, mythological beasts, and exotic temple-like structures give way, upon further examination, to familiar imagery. “By overlapping, distorting, hiding, and revealing common images from magazines, advertisements, and photos,” says Silvestri, “I strive to create strange yet familiar landscapes inviting the viewer to focus on the questions and problems these images suggest.”

Riverside artist Anita Silvestri, best known for her surreal mixed media landscapes, began her formal art training in 1961 at Fort Hays State University in Hays, Kansas. Drawn to both Surrealism and the detail and symbolism in Northern Renaissance art, she quickly found a calling to express herself. After painting for many years, she began experimenting with mixed media collage and found it the perfect medium to portray her views of an increasingly complicated world. Collaging everyday images from photos, magazines, and advertisements, she creates unreal yet familiar landscapes which focus on world events and issues. Anita has exhibited extensively in Southern California and has received numerous awards. Her first solo show at the Riverside Art Museum, Fragmented Realities, was in 2004 and her work was exhibited in the Casa de la Cultura, Ensenada, Mexico, in 2008 and 2012.